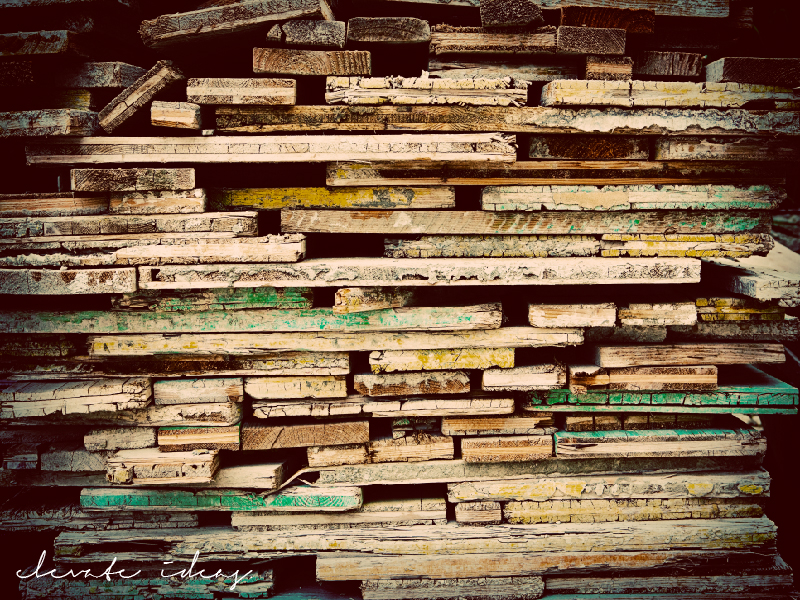 I did it again.

I took my eyes off the mountain for just a minute and the pull of the valley brought me back low. The chaotic drama woke up a mama bear from hibernation, and though the situation had nothing to do with me at all, I threw my sword on the ground and was ready to fall on it with a mighty vengeance.

My heart lashed out and rehearsed a thousand scenarios of what I would say and how I would respond and countless minutes — maybe even hours — were spent in conversations that would never actually take place.

Time I should have spent praying was instead invested in scouring the Bible for verses that would provide justification to my cause…confirmation that my anger was righteous and “godly.”

In my frantic, passive-aggressive search for verses to ambiguously confront, I found The Verse. But it turned out it wasn’t a verse that applied to the situation…

…it was instead a verse God applied to me:

Don’t think you can decide on your own what is right and what is wrong. Respect the Eternal; turn and run from evil. (Prov 3:7)

My head hung low in resignation as the conviction stung deep in my heart.

Am I ever going to get it right the first time?

Don’t ignore the wooden plank in your eye, while you criticize the speck of sawdust in your brother’s eyelashes. (Matt 7:4)

“But God,” I pleaded, “My frustration and disappointment are justified! True injustice happened. It’s not fair!” (I might have clenched my fists and stomped my feet, too…I can’t be sure.)

You must forgive not seven times, but seventy times seven. (Matt 18:22)

I despise this answer. I know in the depths of my heart it’s true, but still I fight it. I want restitution, I want payback. I want to shout and maybe even wield a pitchfork. Maybe.

When will I learn? When will I learn that God holds me just as accountable for my reactions as He holds those who were wrong? That I do not have permission to turn around and engage in the same behavior?

Growing in God is JUST SO HARD.

This little exchange with God happened just hours after prepping for an upcoming talk about climbing your mountain to gain clearer perspective…climbing in order to be transformed…to be closer to Jesus.

My head hung low in humility as repentance oozed from my heart.

And then I heaved a big sigh and started climbing my mountain.

I call to You from the end of the earth when my heart is weak. Lead me to the rock that is higher than I. (Psalm 61:2)

Getting to the top was everything I needed.

From the Rock, I can see past the immediacy of a frustrating situation.

From the Rock, I can see how these million little angry dots soften and melt into an entire glorious canvas, painted by a Master.

From the Rock, the shenanigans in the valley fall into the correct order of priority — under God.

From the Rock, I’m more concerned with getting 490 planks out of my eyes so I can enjoy the breathtaking view at the top. (click to tweet that) 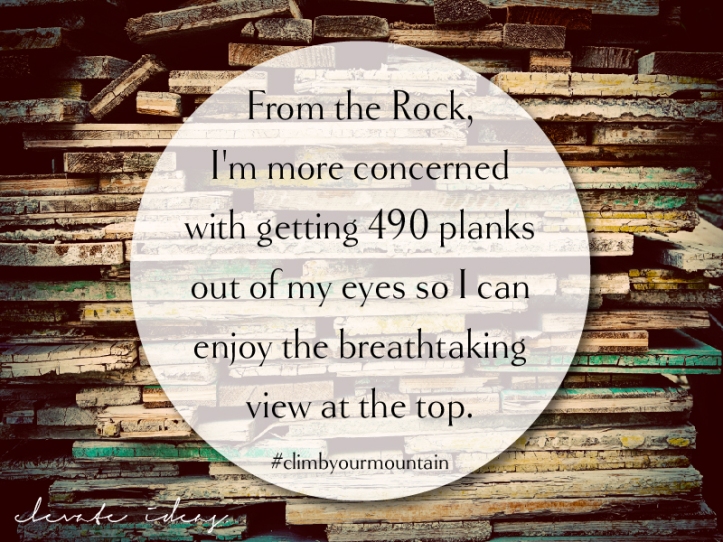 I’m so thankful that God loves me too much to let me remain stuck in a mentally destructive valley. I’m so grateful for His gentle reminders to look up and to see life through holy lenses and proper perspective.

And I’m so thrilled He doesn’t hold the planks in my own eyes against me…forgiving me much, much more than seventy times seven…every single time.