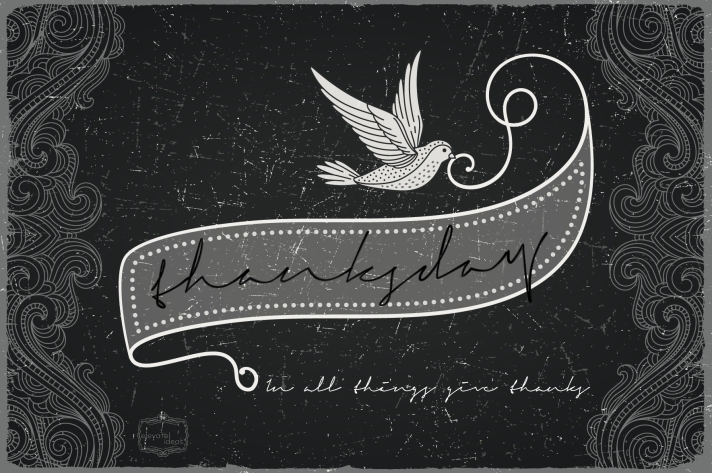 As soon as church was over last night, Paxton turned to me suddenly and said, “I think I might frow up.” Which for him, usually means he’s exhausted and ready to go to bed, especially since it was literally 10 minutes from his bedtime. So I poo-poo’d his supposed “nausea” and headed out to say goodbye to Greg.

We walked down the hall and suddenly, right there in the hall outside the sanctuary, he lost his dinner. We raced home and he was fine until 10 pm when he kept saying he might throw up but didn’t; he just tossed and turned for four hours and finally fell asleep around 2 am after a pretty significant upchuck.

So I’m incredibly discombobulated today, due to lack of sleep and fear that every minor sensation in my stomach means I’ve caught his stomach bug.

1. Coffee. I cannot deal with just five hours of sleep. Can. Not. Deal.

2. Lysol. It’s so obviously a fumigation kind of day.

3. Paper Towels. I mentioned this briefly on Facebook the other day — I have a slight obsession with paper towels, and use an extraordinary amount of them every week. There is nothing like the feeling of being down to the end of your last roll…and then coming home from the store with a fresh 6-pack. There really isn’t. I know it’s probably not very eco-friendly and it’s not super cost-effective, but it grosses me out to no end to use cloth to clean countertops and stovetops and all things kitchen and bathroom. And since I’m not a super-duper cleaner in any other way, shape or form, I feel it’s important to at least clean these countertops with excellence. And with the quicker picker-upper.

4. Windex Multi-Surface Cleaner. I became slight addicted to this after staying with my sister-in-law at Thanksgiving, and I even sent her a text of gratitude. It smells divine and can be used on mirrors, counters, and (more!) since it’s also anti-bacterial. Cleaning counters with excellence. It’s our new family motto.

5. Normal Sleep Settings. I mentioned last week how my FitBit is showing very erratic sleeping patterns, which probably explains a general fatigue most days. Well after some investigation, I realized it was set to a “sensitive” sleep setting which pretty much tracks any movement (rolling over) as “restless.” After changing it to “normal” however, it now shows an 80-90% sleep efficiency, versus 50-60%. This doesn’t affect my sleep whatsoever, or make me feel more rested in the morning per se, but instead of stressing out every morning about ineffective sleep, I think, “not bad.”

6. Nitrous Oxide (aka Laughing Gas). I am a 40-year old ninny when it comes to the dentist. And this week I had to get a crown because I AM A QUEEN. (Why is it that just sitting in the waiting room of a dentist’s office makes my inside churn I resort to a fearful nine year-old girl?) When they called me back to the chair, I proudly stood and lifted my head high and looked down my nose like the Dowager Countess and said, “I’d like some nitrous today, please.” And the laughing gas, coupled with my Justin Timberlake album, brought me to a happy, happy place. (With an 85% sleep efficiency.)

7. Downton Abbey. Listen, I adore Downton for all the same reasons you do — the setting, the accents, the clothes, Maggie Smith, the DRAMA. But my most favorite thing about Downton is that IT IS COMMERCIAL-FREE. It’s so nice to watch something recorded and not have to fast-forward through five minutes of commercials every eight minutes. #firstworldproblems

8. New Blog Series. I’m starting a new blog series in a couple of weeks called A Beautiful Life. It’s based on Psalm 16:11 from The Voice, “You direct me on a path that leads to a beautiful life. As I walk with you, the pleasures are never-ending, and I know true joy and contentment.” The reason I’m so excited about it is that I’m going to have four or five of my most favorite bloggers as guests for the series AND YOU ARE GOING TO LOVE THEM! I simply cannot wait to share their beautiful perspectives and watch how God weaves together this amazing kaleidoscope of beauty together. Make sure to tune in on Tuesday, January 25 as we kick off the series!

9. Beanitos Black Bean Chips. When your church corporately does a Daniel Fast, one finds it hard to let go of their tortilla chip and Cheez-It habit. (Or so I hear.) A friend introduced me to the Beanito Black Bean Chip last year during the fast, and I have to admit I am completely addicted. And I feel no guilt eating them during the Fast since they are literally just made of black beans, rice, safflower oil and sea salt. Know this about me, if there is a loophole to be found, I WILL FIND IT.

10. ALL CAPS. Obviously I am a fan of the all caps option today. I have no explanations.

Alright folks, my little sickie is off for his nap to make up for the fact he only got five of his required 12 hours of sleep last night. And that means I’m off to take mine since I only got five of my required seven-and-a-half to eight. Here’s to hoping my nap gives me a solid 90% sleep efficiency.

What are you thankful for this week?