We planned an induction for him.

We had just moved to the mountains six weeks earlier, at the end of October on a weekend when a freak snowfall happened and I smiled into falling snowflakes as I felt God whisper,

Since I was very great with child, the stories came at me like a non-stop barrage immediately upon my arrival.

There’s no labor and delivery at our hospital.

The closest hospital is half-hour away down the mountain.

We’re due for a bad winter.

You’re due mid-December? You might not make it off the mountain.

Did you hear about the couple who delivered their baby in the car halfway down the mountain on their way to the hospital?

It was this last one that I heard no less than 20 times that confirmed anything less than a planned induction was not an option.

I checked myself into the hospital and got comfortable for the next several hours. As labor progressed and the epidural kicked in, my excitement to finally meet this boy — this promised child — went as off the charts as my contractions.

We had waited for him a long, long, time.

We had suffered for him through miscarriages and tears.

We had anticipated him through words of confirmation and prayers.

As I hit 10 centimeters, I mentally prepared myself for an easy delivery — one, two, three pushes and his crying, heaving chest would fill the room and my heart.

The doctor did a final check and announced he was breech. In my naivety I immediately asked, So what does that mean? I thought perhaps a little repositioning would be all that was needed.

But at 10 centimeters he was going to barrel his way through regardless of which end was up.

Within seconds of the doctor uttering the words C-Section, a team of nurses resembling a hazmat team burst into the room and rolled this very great with child mother onto a gurney. I began sobbing and shaking and as they whisked me past my family I saw brave faces giving me a thumbs-up, doing their best to encourage me.

The operating room was cold…so very, very cold…and between the epidural and anesthesia and fear I could not stop shaking and sobbing. My husband put on his brave face too and kept whispering everything would be okay.

In just moments I was exposed and he was pulled out. I heard his cry and the official announcement of it’s a boy! and my husband kept saying Man, that’s a good looking boy! over and over on repeat.

I wanted to see him.

They finally brought him to me and I wept again — this time from warmth and joy. But as they put him in my arms, the coldness and sobs came back again. I couldn’t hold him. All the anesthesia had numbed me from the chest down and I couldn’t feel my arms. Despite being completely flat in a gurney, I was paralyzed with fear I would drop him.

So they laid him between my legs and wheeled me to my room as I laid flat, completely numb and unable to move.

I called my mom on the other side of the country to tell her he was here and he was perfect, but all the medicine and change in birth plans hit me like a brick wall and I threw up and continued to do so for another 14 hours. 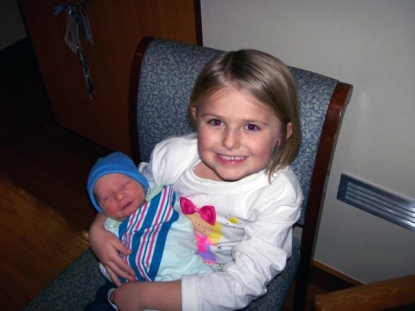 Due to the unplanned c-section, I stayed away from the mountains for a few days in order to get checked by the doctors. Greg and Jaana went back up while my in-laws upended their home to make Paxton and I feel comfortable until we could go home, too.

In that sweet little room, with the bassinet next to my bed, my head spun for days as I tried to categorize what had just happened to me.

And while I was with family that I loved and adored, I felt alone and confused. Nothing had went the way I thought it would.

Postpartum depression rode in with guns blazing and attacked from all sides.

And then it was suddenly four years later. 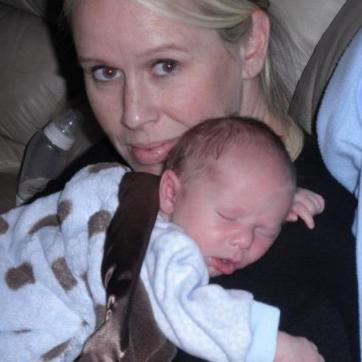 The funny thing about blessings is that sometimes they show up all wrong. They show up contrary to your plan and your reaction is confusion and chaos. Sometimes you’re unprepared to handle the manner in which it shows up…and sometimes it requires you to look past how you thought it would be and see it for what it is.

Sometimes the greatest blessings show up as a baby wrapped in cloths in a manger, to a young girl who’s trying to not feel alone and confused and gypped out of her pre-determined birth plan.

Sometimes our personal advents — the arrival or coming, especially one which is awaited, according to the dictionary — means we have to wait just a little bit more before the impact of the gift truly revealed.

Sometimes the greatest blessings show up as small, infantile gifts that appear contrary to our expectations. Sometimes the unexpected manner in which it arrives requires us looking past how we thought it would be in order to embrace exactly what it is.

We are welcomed into the blessing, even when we don’t feel at home in it.

“A thrill of hope, the weary world rejoices. For yonder breaks a new and glorious dawn.”

4 thoughts on “My Advent”